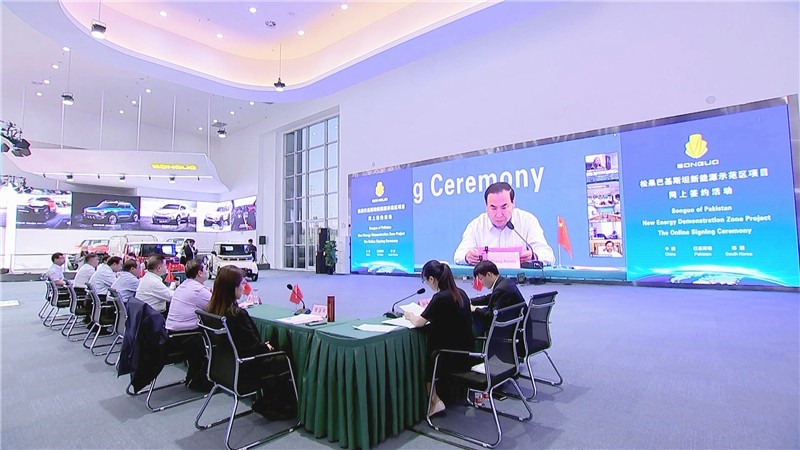 Zhan Anmin delivered a speech of congratulations on behalf of Yucheng Municipal Party Committee and Municipal Government. He said that, Yucheng has regarded Songuo as the "No. 1 Project" to concentrate on its superior resources and provide services. Currently, the first phase of production line has been fully installed. And on May 7th, the first batch of vehicles were licensed for driving on the road in South Korea. Today, the launch of cooperation among Songuo and five leading companies in Pakistan will certainly complement each other's strengths, mutual benefits, and make developments hand in hand. I hope all leaders will continually support the development of Yucheng, and support the growth of Songuo to achieve great accomplishment.

Teng Haiqiang, Deputy Secretary of the Municipal Party Committee and mayor, presided over the signing ceremony. 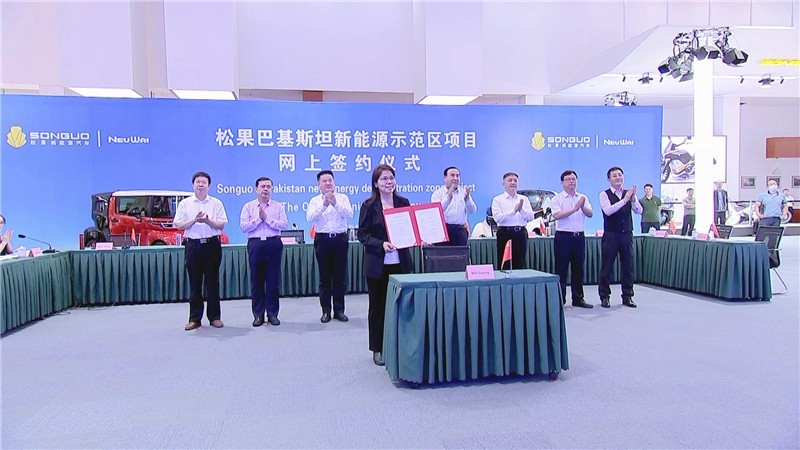 Then, the online signing was proceeded among 5 enterprises. Official leaders of Yucheng and Dezhou City, experts from Songuo Motors have witnessed the signing ceremony collectively. 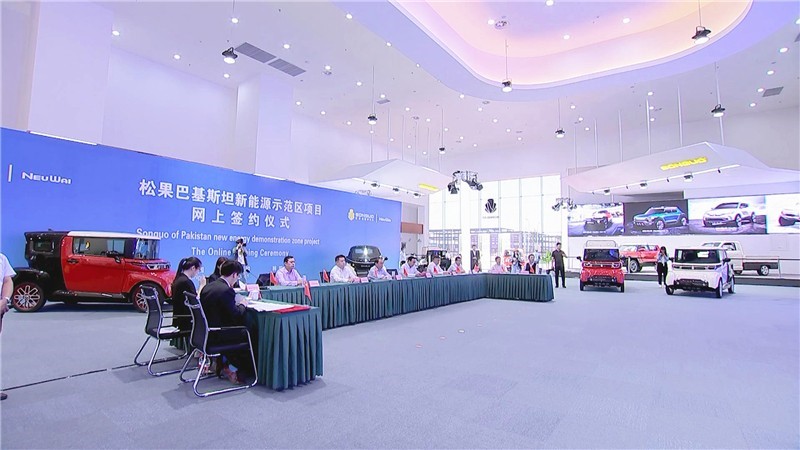 It is informed that Songuo-Pakistan e-Trike and BSS Pilot Project is cooperated by 9 local enterprises and Songuo Motors and supported by the government of Pakistan. The pilot project includes two sections, one of which is swapping system construction while the other section is to export Songuo electric bicycles, electric tricycles and EVs to the project site, and bring the awareness to the public based on established swapping system.

From: Wisdom of Yuchen