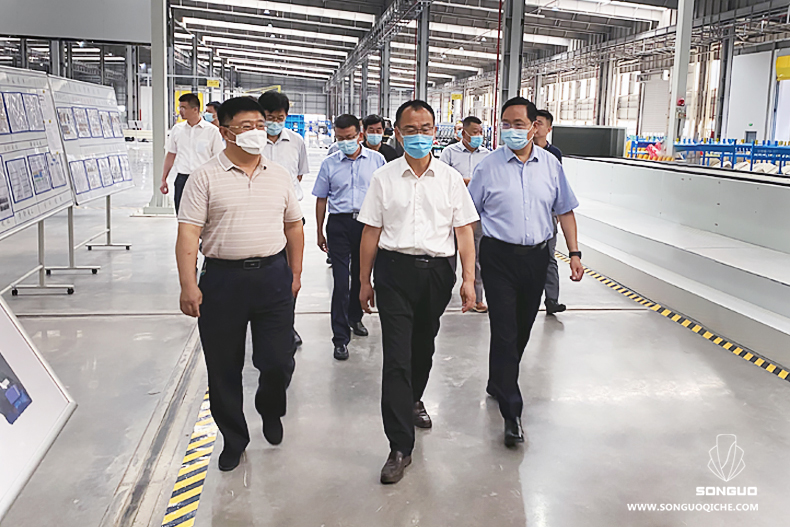 The group took a deep tour in workshops and learned more details about the enterprise operation. Meanwhile, they suggested that Songuo should seize the opportunity of the NEV industry development and launch high cost-effective products through new material and new technology as soon as possibile. 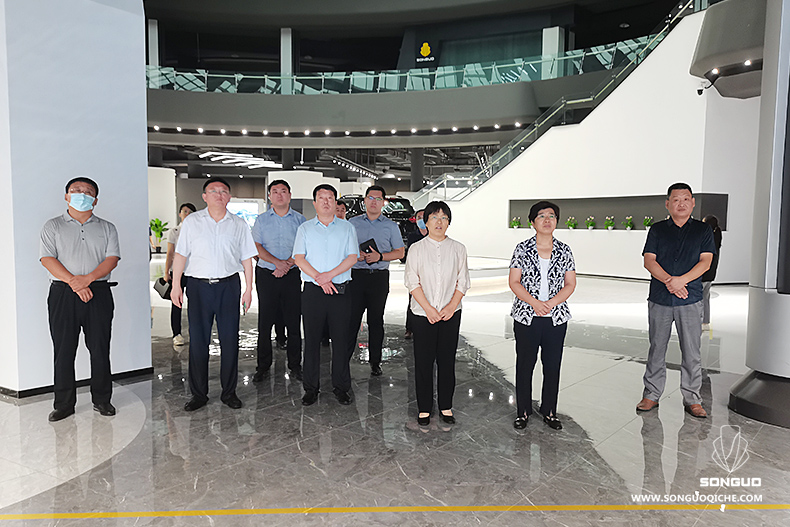 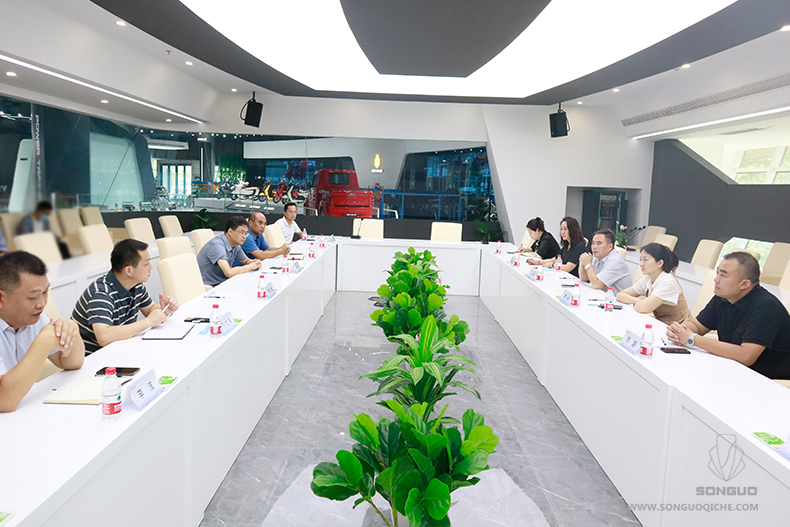 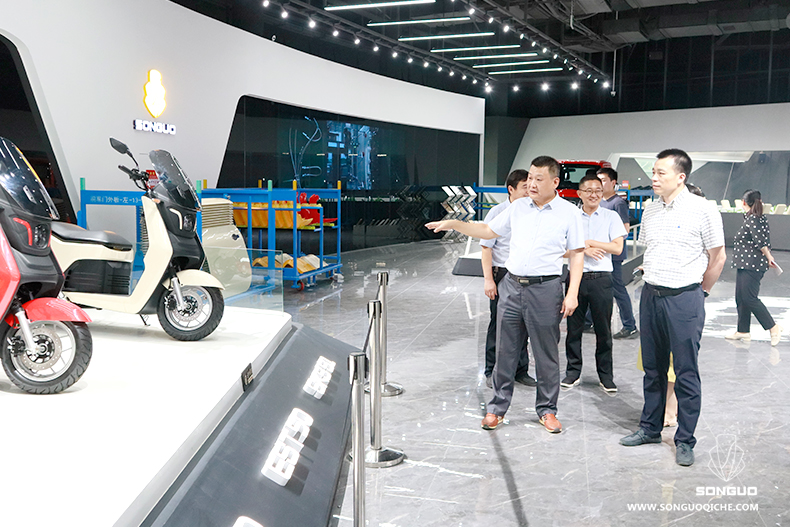