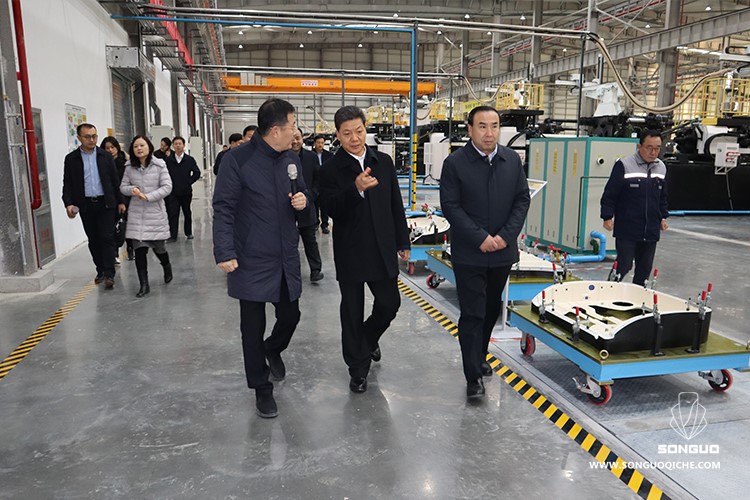 The research team of the Provincial High Court visited the three major workshops of the main factory in the Dezhou New Energy Equipment Industrial Complex. Zheng Chunyuan, the vice president of Songuo Motors, warmly received the investigation team of the Provincial High Court and introduced the recent development of Songuo Motors and the industrial process in the complex. 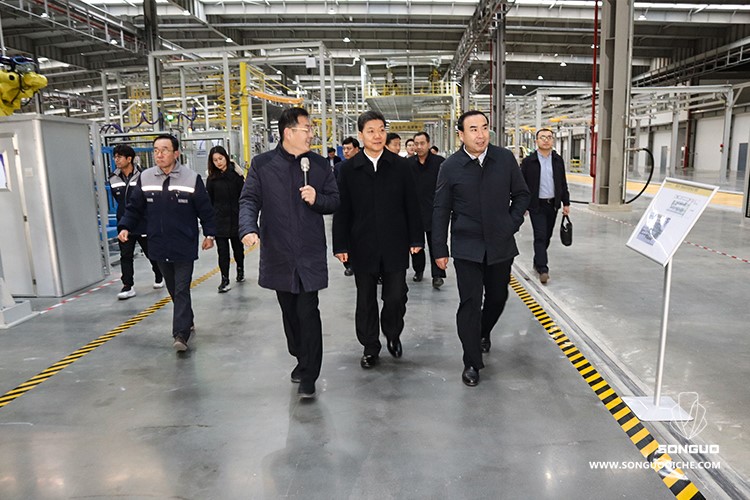 Through the on-site investigation, the research team of the Provincial High Court had a relatively intuitive and clear understanding of SONGUO, recognized and affirmed the project's unique development model, and hoped that enterprises would seize the current development opportunities, take advantage of the situation, and achieve mass production as soon as possible. 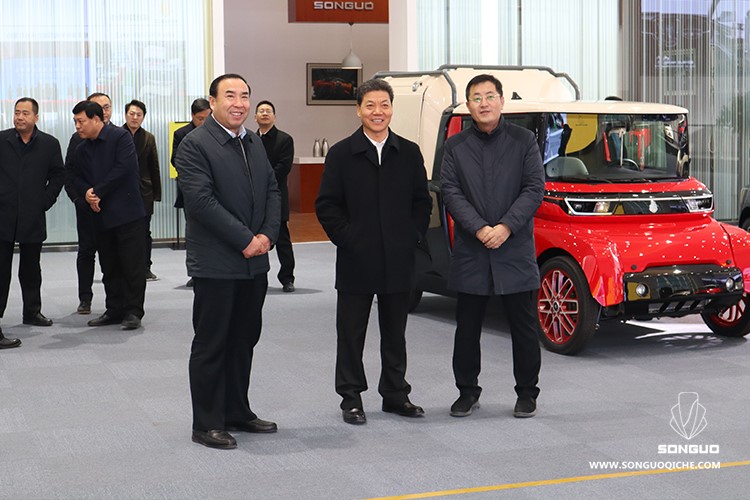