Homepage > News > News >
News Exhibition Events Media
First trial model vehicles for mass production of Songuo Motors are off the assembly line: overthrow 100-year auto processes and signed US $ 6 billion orders before mass production
2020-01-21 15:19:00
On January 20th, Songuo Motors held the open ceremony of Phase I for the production line. On the same day, its first trial production model production vehicle was successfully off the production line, fully verifying the maturity of Songuo Motors technology and modular assembly process. It has verified the production capacity of the enterprise supply chain system, and laid a solid foundation for this year's large-scale modular export of products to overseas markets, completion of assembly at SKD assembly plants, and local sales. 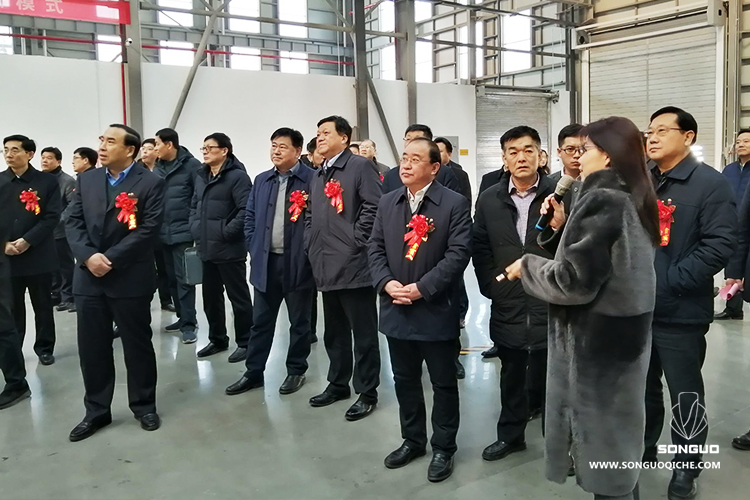 Liu Changmin, member of the Standing Committee of the Municipal Party Committee and executive deputy mayor, Zhang Anmin, member of the Standing Committee of the Municipal Party Committee, Secretary-General, and Secretary of the Yucheng Municipal Committee attended the meeting. Zhang Anmin pointed out in his speech that Yucheng establishes a city with innovation and strengthens it with innovation. Innovation is the strongest driving force for Yucheng to promote high-quality development. Songuo Motors also has a deep innovation gene like Yucheng, a keen sense of innovation, a strong ability to innovate, a disruptive automotive process, a world-leading EPT System, and a unique global production and sales model like Yucheng. With the road of innovation driving becoming wider and wider, the New Energy Equipment Industrial Complex of Dezhou High-tech Zone will surely grow into a 100 billion-level innovative green industrial complex. 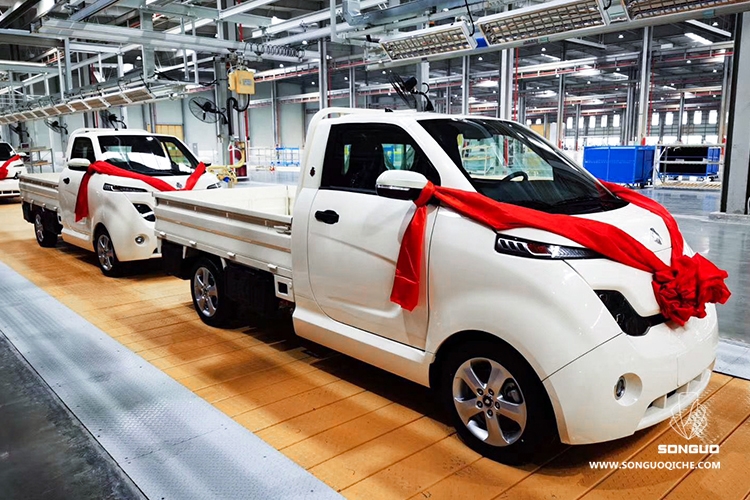 At 11:45 am, in the Songuo Motors assembly workshop, three white logistics trucks with a load of 1 ton were driven out of the production line. The flowing lines and beautiful lines complemented the modern and elegant interior design style. It shows people's rigid impression of logistics vehicles, showing the fashion and vitality.

It is understood that the project officially landed in Dezhou(Yucheng) National High-tech Industrial Development Zone on January 25, 2018, and completed the construction of  400,000 square meters for the main plant in 14 months; completed the installation and commissioning of the first-phase equipment in 4 months; 25 companies of upstream and downstream industrial chains have landed; the R & D and manufacturing of 22 prototypes and test drives have been completed; orders for 800,000 vehicles for US $ 6 billion in products have been signed before mass production; 9 overseas assembly plants have been established; 24 key industrial projects, national industrial strong foundation projects have been declared, and 74 patents; obtained the qualification of the National Research Institute of the ROK; the first batch of vehicles have been licensed for driving on the road in South Korea; Songuo became the cooperation partner of the international giant Samsung at the Shandong-ROK Open Cooperation Promotion Conference last year. 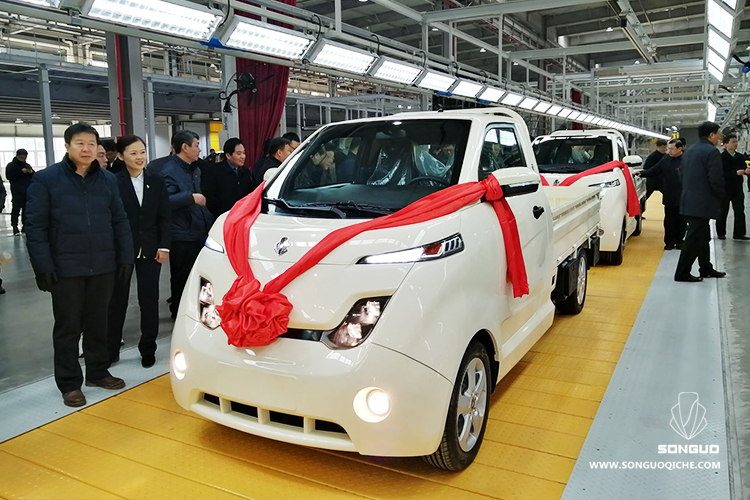 "Our production line abandons three of the four major processes of traditional automobile manufacturing: stamping, welding, and painting, and uses piant-less color polymer composite materials to produce body. It has the same color inside and outside, light weight, high strength, and high weather resistance. And it fills the international technical gap in the application of new materials to the body of the vehicles. "Said Zheng Chunyuan, vice president of Songuo Motors," our use of new materials and new technologies has overturned more than 130 years of traditional automobile manufacturing processes and  the automobile production is assembled like building blocks, which also reduces the investment cost, sales price, and maintenance cost of Songuo New Energy Vehicles by nearly 50%. "

In addition, Songuo has a complete EPT System developed independently. The battery pack technology provided by Samsung SDI has passed international safety certification and passed tests such as a 4.9-meter high-altitude drop body (standard requirement is 4.5 meters), immersion in salt water, high temperature, and long-term vibration; independently developed AC motors, the conversion rate reached 94%; the electronic control system has the ability to learn independently and can be adjusted according to the driving habits of the driver to make the vehicle reach the optimal driving state.

It is particularly worth mentioning that the Songuo Motors introduced the SKD (semi-bulk parts) assembly mode, and the automobile production is modularized. All models are divided into dozens of modules. Semi-finished modules are produced at the Dezhou High-tech Zone Base. Go to overseas SKD assembly plants, complete vehicle assembly, and directly enter the local distribution system.