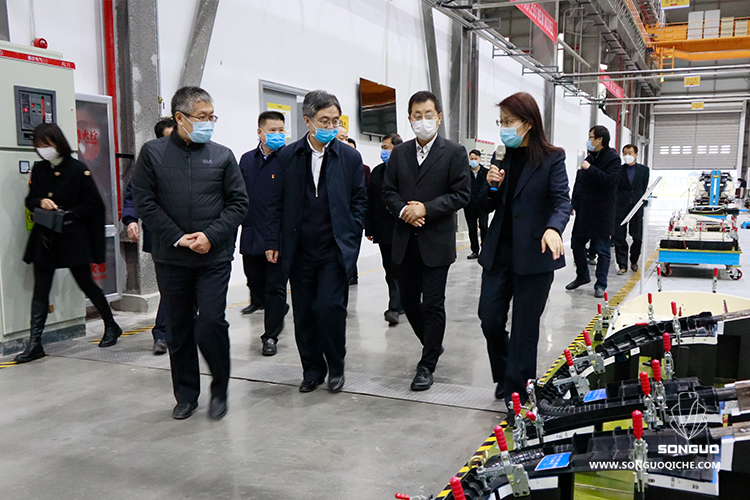 The research team inspected the new energy vehicle production workshops on the spot to learn more about the project construction progress, technical advantages and other operating conditions. 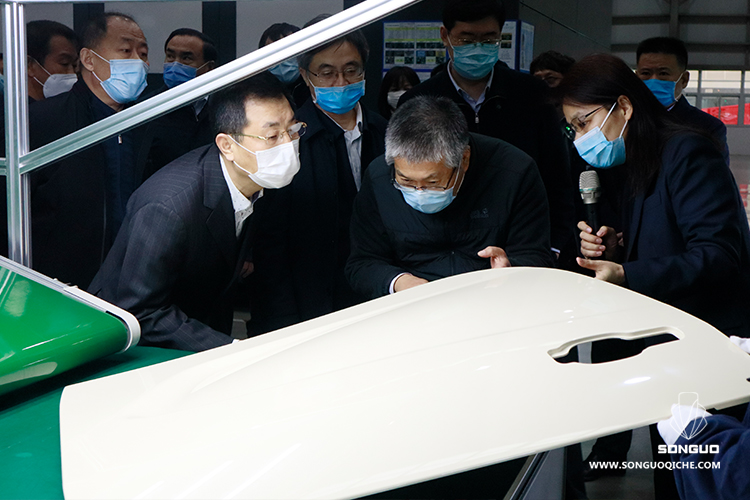 The research team agreed that, based on technological advantages, Songuo Motors continued to extend the industrial chain, and has broad prospects for development as a provincial key project. The research team hopes that the company will firmly grasp the strategic opportunities of the current development, solidly promote the construction of the project, and ensure that the project is completed on schedule and put into operation on time.